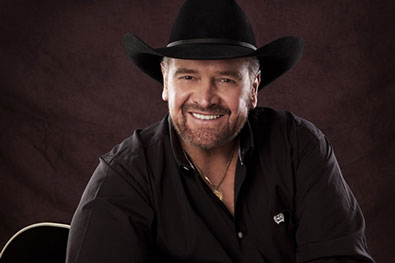 continues to pay his dues in the music industry, because every day his career is moving at a high rate of speed in a direction that is giving him more success in the Country, Country Gospel, and Inspirational Country field. He is one of the music’s great singer-songwriters,and entertainers, in all of these fields. He recently topped the Country Gospel Charts with his first #1 single,

From 2005 through 2011, Chuck Hancock has been awarded a great number of awards in Christian, Country Gospel, and Country Inspirational Music for his songwriting talents and as male vocalist. Awards from

. Chuck is now taking his songwriters talents to greater heights, working towards more awards in the country music industry.

Chuck is no stranger to country music. In the early years of his career he performed all over Texas and the Midwestern U.S., in the night clubs and honky-tonk’s, where he honed his trade as a singer and entertainer.

A man with a golden hand, fast becoming one of the best songwriters to come along in some time, and his love of Country Gospel music has guided him to write some of the strongest Inspirational material for himself and other Gospel, Inspirational, and Christian artists, but once you have heard Chuck sing a country song, you will understand why he is being pulled towards his love of country music.  He is as strong a writer of country ballads, tear-jerkin, or honky-tonk songs, as any writer in the industry.  Chuck is now ready to join the ranks of top new artists with his self-penned songs.

Chuck is co-owner of a chain of convenient food stores in middle Georgia.  He spends his time with his wife on their farm, where he enjoys his horses and team roping with his sons.  Chuck has participated over the years in team roping events, and is still active in this sport, but now he rides in the saddle of the best of all worlds, with his family, friends, work, as he moves forward toward a great music career in County and Inspirational Country Music.  He has waited patiently for his time to come, and it has now arrived.

His love and respect for the ability he was gifted with, to write and sing the words he writes music. To be able express what he writes is a great gift. CHUCK HANCOCK IS A SURE-BET FOR SUCCESS AS A SINGER AND SONGWRITER IN BOTH FIELDS OF MUSIC.

HE IS THE GENUINE REAL DEAL REMEMBER THE NAME – CHUCK HANCOCK

There are no upcoming events.

No shows booked at the moment.